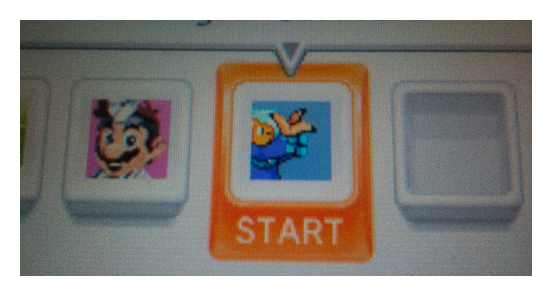 Hey guys, the NOE eshop just got updated and Flipper 2: Flush the goldfish is in it! you can finally download the game and play it!

so.. what are you waiting for ? go download the game!

play through the story mode (basically a tutorial) to unlock the 'random castle' mode, which feature over 300+ rooms that can be played in different themes!

If you complete one random castle, the level editor will unlock! have fun!
Gepost door Hugo op 07:11 2 opmerkingen:

Fish in a box 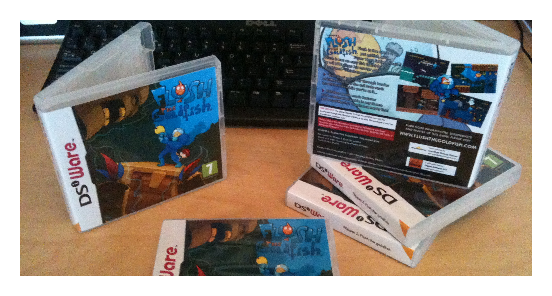 Roy and Paul made such cool concept art of Flush, it deserves to be a cover! so here you go! this are the boxes we will be sending to the press and friends, including some cool things and 500 points to play the game for FREE! hooray for free things!
Gepost door Hugo op 11:00 1 opmerking:

Flipper 2: Flush the goldfish! (out on 29th of december) 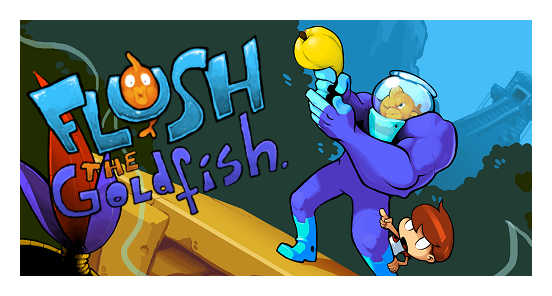 Coming to DSiWare and the eShop on the 29th of December 2011.

The game is the sequel to the award winning DSiWare game Flipper and stars Flush, the goldfish of the first game.

Flush isn't just a regular goldfish though, he is Super Hero Extraordinaire!

Flush is not an easy fish to catch and he will BITE when his master - and best friend - gets kidnapped! "Fish Slap" your way through hordes of kitties and turn the evil baby seals into fish sticks while you're at it...

The Random Castle mode features 300+ rooms all playable in any theme and any difficulty!

That is one meaty fish!