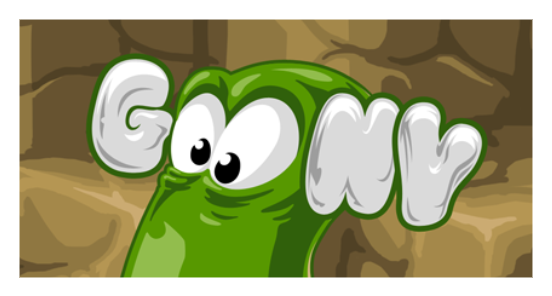 A really good friend of mine, Peter, just released his first DSiWare game! Peter worked on many retail DS games, but decided it was time to spread his wings and eat noodles every day. In other words, he started a indie studio. And just like me, he’s doing 80% of the work on his games!

Anyway, his first game is Goony.. a endless runner! Very addictive and fun! It got a 7/10 from Nintendolife and it’s only 2 bucks… so go buy it and support small indies!

One of the really cool features of Goony is that it allows players to come up with their own bricks and share them with QR codes. So to celebrate the release of Goony I decided to make some bricks!
Hope you like them :