Shut up! Nothing is wrong with Nintendo WiiU! 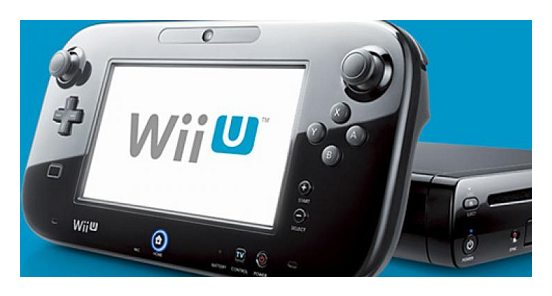 The last few weeks there has been said a lot about Nintendo and its products. It seems every analyst out there is keen on telling his doom scenario. Most of them seem to think that Nintendo could solve all this by simply moving their software over to other platforms (mainly mobile) and some seem to indicate that Nintendo should drop hardware all together.

As a developer who has been exclusively developing on Nintendo platforms for over four years now, I can tell you this are all ridiculous solutions. Not only will they not fix the real problems, they will decrease Nintendo’s changes significantly.

The real problem at hand is not that the Nintendo WiiU or Nintendo 3DS are bad products. Quite the opposite, they are well made products with a lot of opportunities. Dropping great products (and thus move out of hardware) is not going to help Nintendo, it only limits the their options.

First news posts and tweets talked about a new tablet-like controller. But it was unclear if this was a new console or a add-on for the Nintendo Wii system. Only later it became clear it was in fact a new console.

This issue never got resolved. To mainstream consumers it is still not clear that the Nintendo WiiU is a different platform. The name itself did not really help the situation.

Same issue is also true for Nintendo 3DS (although admittedly less than with Nintendo WiiU). The appearance and shape of the handheld and name is very close to Nintendo DS.

A good solution for this problem should be a well made marketing campaign. Show consumers that they are different products and what is exciting about them. This seems like a obvious solution. But nothing like this has happened till now.

The next problem with communication is towards developers. I feel like Nintendo is targeting the wrong group. Nintendo WiiU is a very different machine compared to Xbox or PlayStation. Fans will quickly point out that the hardware capabilities of Nintendo WiiU are equal or in some cases better then Xbox 360 and PlayStation 3 consoles.

While that might be true, under the hood the Nintendo WiiU works very differently. For Triple A developers it will be hard to add Nintendo WiiU capabilities to their current Engine, Framework and pipeline. Simply because things have to be processed differently if you want to make a game shine on Nintendo WiiU.

Which means that developers have to heavily invest extra time and money if they want their games to run on Nintendo WiiU. Couple this with the bad Nintendo WiiU sales figures to see why developers are not very keen on this.

Having the CEO of EA on stage telling the world Nintendo WiiU is great, is not really helpful unless EA actual decides to makes some games.

So instead of targeting those big developers that clearly are not interested, they should focus on smaller developers. Let the smaller ones make software that will compliment the special features of the Nintendo WiiU.

Nintendo should go after companies like Mojang instead of EA. Get a game like Minecraft on Nintendo WiiU. Looking at the features of the gamepad and the target audienc, I think that could be a huge hit.

The game industry has matured. Indie games have matured. If Nintendo would pick up a few games like Minecraft, games that are smaller but matter, they could outweigh a big fish like EA.

Brining software onto other platforms, or more specifically mobile, is not going to help. Nintendo will not be able to bring over enough new consumers from mobile to their own hardware for companies like EA to suddenly care or consider making games. With the release PlayStation 4 and Xbox One, hardcore gamers have better platform options for those games.

This does not mean Nintendo should ignore the mobile platform. Instead they should expand their services towards mobile as well as PC. Some services are already accessible through a web browser.

This should be done to more services like for example the Nintendo e-shop. Although speculation indicates that Nintendo has plans for this, as of yet it is still not possible. Making it easy for consumers to buy software for Nintendo systems should be a high priority.

Nintendo is currently in the process of learning how to create and maintain good services. It took some time for their competitors to learn this as well. However, Microsoft and Sony where learning this at the same time. Now that these competitors have good services on their systems, it seems all more apparent that Nintendo has not (yet).

This affects my decision when I buy games. I mostly buy retail games because I can swap out the cartridge and put it into any of my three systems. While a downloaded version of the game can only be played on the system I bought it on.

About Nintendo’s future. Is Nintendo going to be doomed this year? Honestly, I expect them do make major progress on the above issues. I think 2014 will be a very positive year for Nintendo.

We are going to see some amazing games from Nintendo themselves (Mario Kart 8, Smash Bros) as well as a bunch of great indie games (Shantae, Shovel Knight).

These games will increase hardware sales.

And of course my own indie game Tappingo. Which I personally expect to do really well in the Nintendo 3DS e-shop. Looking at the sales figures I have from various sources, those little games are really starting to thrive in the e-shop. I expect this to only get better when (and I’m sure they will) Nintendo improves their services.

Improved services such as the e-shop will make it easier for consumers to buy and access software on their system. In turn this will lead to more software sales, which will get developers confidence up!

Communication between developers has been improving in a big way in the past year. Where in 2012 I barely talked to Nintendo, I now had almost weekly conversations in 2013.

I hope Nintendo will increase their focus on smaller developers opposed to bigger developers. Let the smaller studios make games that truly appeal to the Nintendo audience and make the Nintendo systems shine, instead of convincing the big companies to put out weak ports.

I’m very positive that, if given a change, smaller developers will prove that they are capable to fill the void bigger developers left in the software library.

For this to happen Nintendo systems should be easier accessible for developers. We saw major improvements in this area for Nintendo WiiU. Most notably the web SDK and Unity support (free of charge!).

The Nintendo 3DS is still a relative closed system, with expensive devkits. Hopefully those positive improvements on Nintendo WiiU will also transcend to Nintendo 3DS this year.

For 2014 I hope all these improvements will line up and drastically change the future for Nintendo in a positive way. Their systems certainly deserve it.
Gepost door Hugo op 18:06