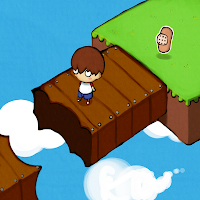 Okay, today I can finally show of the new art for Flipper! It’s done by Paul Veer, and it’s amazing! The world have a lot more detail now. And the sprites are just fucking awesome. He animated all characters from 8 sides, they have many different animations. And the same goes for other objects! 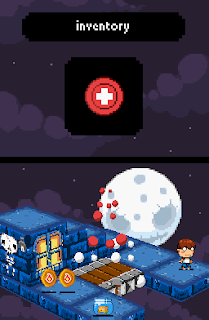 A little more in depth view of the art. We recreated the boy because nobody (including us – me and Paul) seemed to love the nerd-character. The boy is just easier to bond with. 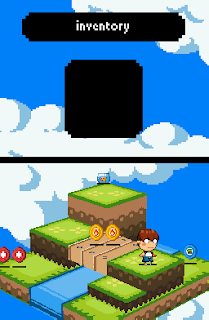 We had a discussion about keeping the fish as the exit-point versus something else (i.e. a tele-portal). But I really wanted to keep the fish, since it’s just an awesome character and it’s such a big part of the story. Next to that I like the Donkey Kong nostalgia aspect of keeping the goldfish as exit. 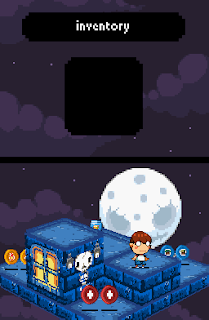 Most of the time Paul and me were on the exact same page. We both adore pixel art and as such we are fans of old games that use cool pixel art. And the art he creates is exactly what I had in mind.

I’m very glad with his work on Flipper!

you can check out all the new art at : http://www.goodbyegalaxygames.com
Gepost door Hugo op 08:22