Finally new blog update! It took some time, because work right now is pretty frantic. Same excuse as last time :) right now, I’m trying to make a perfect build for Nintendo. Which is very hard. So many little rules. As you might have read, I wanted to get a build on its way last Friday. But I really misjudged the work that comes with making such builds. It’s looking good now, I’m positive that I will meet the deadline of this Friday!

I’ve been looking in to some other things as well regarding the Flipper projects. One of them is the price point. I wanted it be 200 points, badly. Even though the game is much bigger than all other 200 point games. I felt that everyone should try it, and that nobody would skip the game at 200 points.

It turns out that the price point isn’t just a matter of the developer wanting it. There are other parameters involved such as the download size. The Flipper game is fairly large, and because of that there might be a change I have to choose to sell it for 500 points.

I’m wondering right now what to do. If I really want the 200 point, I might be able to scale the game down (i.e. lose a lot of sound quality). But I don’t know if I want to make the game WORSE for 200 points or that I rather make it BETTER for 500 points (i.e. improve the sound quality that’s in the game right now).

PLEASE NOTE; that it’s not certain the game will be 500 points (or 200 points). I didn’t discuss this with Nintendo or the publisher, so I don’t know if they will make a fuss about it or not. Maybe if I ask really nice, they let me get away with 200 points even though the game is rather big :)

It’s just something floating in my mind right now.

Some time ago there was a preview of Flipper on Edge Online (http://www.edge-online.com/features/preview-flipper). Because I love the magazine, I decided to give them some exclusive screenshots of the pirate world.

Because it’s more than a month ago, and because I know some of you are itching for news, I decided to release them in their full glory right here : 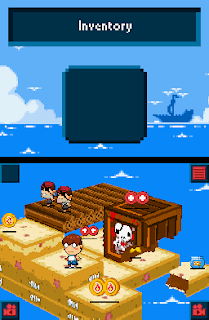 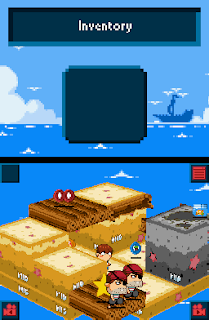