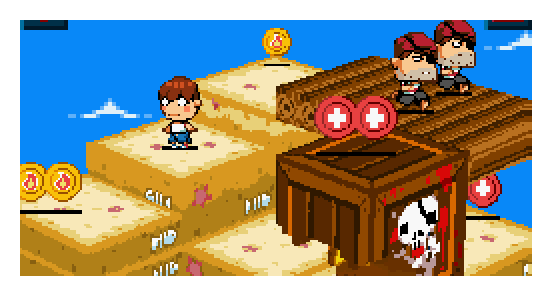 Of course publishers say it’s piracy! It’s less embracing than having to say you don’t know how much longer the company will be around, that it can be over any game now.
This is the harsh reality since 2009/2010 when the financial crisis really hit home in Europe (consequently the time publishers starting to say piracy took off big time on the Nintendo DS).
Normally a publisher could loan from a bank and use the money to invest in new game projects. But thanks to the financial crisis, publisher aren’t able to loan anything from the bank (hell, some banks didn’t even exists anymore).
How can they fix this ?
Simple, all the publisher has to do is invest its own profit/earnings into new projects!
This plan goes perfectly well until one game flops and does not make enough profit (or even worse, loses money). Then they cannot invest into new projects, thus no new money comes in and the company goes bankrupt.
In other words; publishers are on extremely thin ice.
So how do you make sure a title makes a healthy profit ?
Not by publishing risky titles. This includes original IP’s or hardcore games. Because there is no way to tell for sure if this will sell well. And with the complete company on the line, they cannot afford it.
So how do we ensure a hit then ?
Well, by publishing game types or sequels of games we already know that will sell well. For example, most publisher had already published a number of casual titles on the Nintendo DS and PC market. They know the sale numbers of those games.
If you know the sale numbers you know how much income you have.
Now deduct from this the profit you need to make to pay the bills and be able to invest into a future project. And what’s left is exactly the amount of money that can be spend on marketing and development.
This is what we call a safe bet.
And now you know why Flipper isn’t standing between all the bejeweled clones in your local game store.
Gepost door Hugo op 05:25